BOARD OF DIRECTORS CHAIR 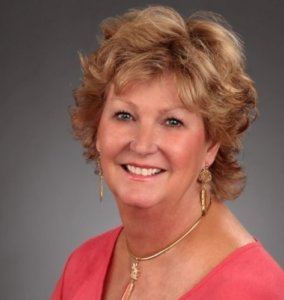 Fran Roberts is the executive leader of the Fran Roberts Group, a consulting practice providing expertise on healthcare leadership and higher education, and a Visiting Professor in Integrated Care at the University of Arizona College Of Medicine – Phoenix. Previously, Dr. Roberts served as the Vice President for Strategic Alliances for the DeVry Healthcare Group. Dr. Roberts was with Grand Canyon University from 2004 2010, where she began as Dean of the College of Nursing, and was subsequently appointed Vice President of Strategic Business Alliances for the College of Nursing and Health Sciences.

Dr. Roberts’ clinical practice areas include rehabilitation, rheumatology, community mental health/psychiatry, and long term care/gerontology. She has two Bachelor of Science degrees from Elmhurst College in Illinois, one in nursing and the other in psychology. She received her Master of Science degree from Arizona State University in community mental health/psychiatric nursing, and is a psychiatric nurse practitioner. Dr. Roberts’ Ph.D. is in nursing from the University of Colorado Health Sciences Center.

Dr. Roberts serves on the boards of directors of the Health Record Banking Alliance National Advisory Board, and is the Chair of the Presbyterian Central New Mexico Health Services Board. Past roles include board member of the Carondelet Health Network, Mercy Care Board, Chair of the Arizona Nurses Association Foundation Council of Trustees, and president of the Alumni Board of the Robert Wood Johnson Foundation’s Executive Nurse Fellows Program.

In 2010, Dr. Roberts was inducted as a Fellow in the prestigious American Academy of Nursing; she was also the recipient of an honorary Doctorate of Humane Letters from A.T. Still University of Health Sciences. In 2009, Dr. Roberts received the Healthcare Leadership Award for Nursing/Nurse Advocate from Arizona Business Magazine, and in 2007, the Healthcare Hero: Innovator award from the Business Journal and Blue Cross Blue Shield of Arizona.

A vocal proponent of addressing the nursing shortage, Dr. Roberts has numerous publications on nursing regulation, long-term care and healthcare workforce issues, and frequently presents on a state and national basis. Dr. Roberts’ areas of research include public policy, geropsychiatric nursing, and the healthcare workforce.