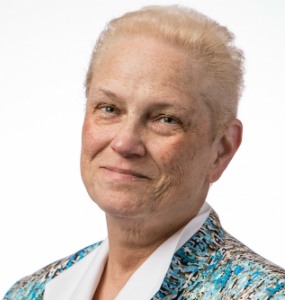 Dr. Frey joined Galen College of Nursing in 2008 after 4 years as Director of the Nursing program at Aultman College of Nursing and Health Sciences in Canton, Ohio, and 13 years as Director of Aultman Hospital School of Nursing, inclusive of 28 years nursing experience in various professional and leadership roles. Dr. Frey was instrumental in transitioning the hospital-based education program established in 1892 to an accredited degree-granting nursing program under the North Central Association of Colleges and Schools and the National League for Nursing Accrediting Commission.

Dr. Frey has worked as a staff nurse, unit manager, and Nursing Director. While working as a unit Director at Aultman Hospital in Canton, OH, Dr. Frey began teaching as an adjunct faculty member. Dr. Frey gradually took a more active role in the planning and direction of the nursing school, eventually becoming the nursing program Director. In her role as Director, Dr. Frey oversaw the building project of a $9.8 million education facility for Aultman College of Nursing and Health Sciences.

Dr. Frey has been very active since 1991 with the National League for Nursing (NLN), a 40,000-plus international nurse education membership organization, currently serving on the Executive Committee as Secretary to the NLN Board of Governors (BOG). She also served as Chair of the NLN Public Policy Committee, a standing committee of the NLN Board. She has held member-at-large elected positions since 1996 on the NLN Board of Governors, Board Councils, and Chair of the NLN Excellence Awards Review Panel. She additionally served on the NLN Finance Committee in an appointed position for 8 years from 1999 to 2007.

In her capacity as Dean of Galen College’s Main Campus in 2008, Dr. Frey established a cohesive and supportive learning culture. In addition to the development of key nurse educator leaders for the Practical Nursing and Associate Degree in Nursing programs a partial list of improvements include: participated as a member of the Jefferson County Public Schools Health Careers High School initiative, facilitated the Spalding University-Galen Articulation Agreement, facilitated the initiative for a Galen faculty cohort in Spalding University’s College of Nursing Masters in Nursing Education degree program, implemented a weekly Faculty Focus communication tool, increased student recognition via a Student of the Month program and student recognition for Dean’s List and President’s List recipients, and implemented the inclusion of key nursing/community professionals at Commencement.

In March of 2017, Dr. Frey accepted the responsibility to serve as Academic President for the College. In this capacity, Dr. Frey provides oversight to the multi-state, single-purpose nursing College with responsibility for all academic programs from prelicensure to graduate offerings.