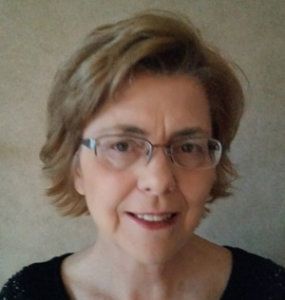 Dr. Caputi holds a Doctorate of Education and Bachelor of Science in Nursing from Northern Illinois University and a Master of Science in Nursing from Loyola University. Dr. Caputi also has earned the Certified Nurse Educator (CNE) designation from the National League for Nursing and has been named as a fellow in the National League for Nursing’s Academy of Nursing Education. She has authored and developed numerous educational multimedia, web-based, and video-based programs as well as several nursing education books, chapters, and journal articles. In the past 15 years of presenting her work nationally, Dr. Caputi has won six awards from Sigma Theta Tau, two from American Journal of Nursing Company and one from The Association for Educational Communication and Technology. Dr. Caputi was recognized for teaching excellence in the 1998, 2002 and 2005 editions of Who’s Who Among America’s Teachers and the 2008 edition of Who’s Who in Nursing. She was named Educator of the Year for 2004 by the National Organization of Associate Degree Nursing. Dr. Caputi has served on the National League for Nursing’s Board of Directors as well as the Think Tank for Transforming Higher Education and High-Stakes Testing Task Force. She is a member of the National Organization for Associate Degree Nursing, Natioal League for Nursing, and Sigma Theta Tau International Honor Society of Nursing. Dr. Caputi is a professor emerita at the College of DuPage in Glen Ellyn, Ill., and currently teaches online master’s level courses in nursing education. As president of Linda Caputi Inc., she serves as a consultant to all levels of nursing programs in curriculum; nursing accreditation; student success and retention; increasing NCLEX pass rates; and effective teaching strategies in the classroom, nursing laboratory and clinical areas.
Galen College of Nursing (Galen) is accredited by the Southern Association of Colleges and Schools Commission on Colleges to award associate, baccalaureate, and master’s degrees. Questions about the accreditation of Galen may be directed in writing to the Southern Association of Colleges and Schools Commission on Colleges at 1866 Southern Lane, Decatur, GA 30033-4097, by calling (404) 679-4500, or by using information available on SACSCOC’s website (www.sacscoc.org). Galen consists of a Main Campus located in Kentucky and off-campus instructional sites in Florida, Ohio, Tennessee, and Texas. Branch campus accreditation is dependent upon the continued accreditation of the Main Campus. For complete information on the accreditation of Galen’s programs, please click here.