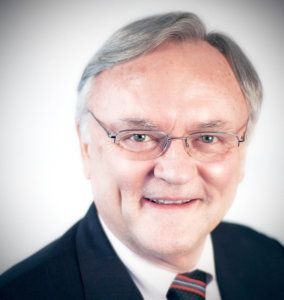 During his tenure at AASCU, Appleberry counseled many presidents, chancellors and boards on issues of leadership and change; he became a confidant of countless university leaders. Trustees and search firms called on him frequently for information about candidates seeking new positions and for nominations for positions. He was also consulted about leadership qualities of sitting presidents and provosts. He was instrumental in the development of an organization to serve urban and metropolitan universities, and was recognized by the U.S Secretary of Education for his pivotal role in the development of national student aid policy. He has also authored numerous articles on the future of higher education.

Dr. Appleberry has been engaged extensively in international education. He was a member of the Executive Committee of the International Association of University Presidents, and was one of twelve individuals invited to visit Vietnam as a part of a U.S.A.I.D. team prior to the resumption of full diplomatic relations and to celebrate the establishment of the Fulbright Program in Vietnam. He served for seven years on the U. S. based Advisory Board for the University of Pretoria in South Africa, and has been instrumental in helping U. S. based universities establish linkages with universities in over 20 countries throughout the world.

His commitment to education for all is exemplified by his statement that the nation’s economic future, its national security and the education of its citizens are inextricably linked.

“Every person who grows up in ignorance because of inadequate education ultimately contributes to the decline of our nation,” he said. “The undeveloped intelligence and ability of even one person is a national tragedy and a denial of that person’s opportunity to control his or her own destiny. Unfulfilled potential will result in unemployment, unenlightened citizen participation in our government, reduced productivity and personal stagnation,” he said, “The competitiveness of our nation is linked to the achievement of the full potential of each and every one of our citizens.”

A native of Waverly, Missouri, Appleberry began his career as a teacher and principal in a rural Missouri school district. He received bachelors, masters and Education Specialist degrees from Central Missouri State University. He joined the faculty of Oklahoma State University following completion of his doctorate at OSU in 1968. He holds distinguished alumni awards from both Central Missouri State and Oklahoma State, and nearly a dozen honorary doctorates.

Appleberry served as assistant, associate and full professor as well as chair of his academic department at Oklahoma State University. In 1975 he joined the University of Kansas as director of planning and professor of administration, foundations and higher education. Nine months later he was named assistant to the chancellor, a post he held until being named president at Pittsburg State University in Kansas.

Appleberry has served on numerous national committees. He was vice chair of the National Center for Education Statistics Advisory Council, and served as a member of the NCAA Presidents Commission. He has also served on numerous state and local boards and committees. Active in AASCU prior to his presidency there, he served as chair of the Committee on Research, the Nominating Committee and the Committee on Policies and Purposes.