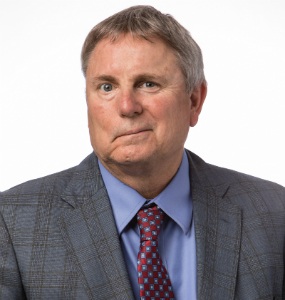 As Vice President of Finance, Mr. Dwyer provides budgetary oversight, guidance, and support for all of the Galen campuses. Prior to this role, he served as Vice President of Administration for two years and then Vice President for Enrollment Management for six years. Mr. Dwyer was the Chief Financial Officer for Galen Health Institutes, Inc. from 1991 to 2006, which included the College’s transition to an independent educational organization upon the dissolution of the Humana hospital system that operated Galen until 1994. During that time, Mr. Dwyer was responsible for the set up and implementation of new student information systems, policies and procedures, accounting software, and human resources functions. Mr. Dwyer also played a key role in the establishment of the Cincinnati Campus in 2007, the operational support of the ADN Program, LPN to RN Bridge Option in Louisville, Tampa, and San Antonio, and provided leadership and guidance for all accreditation activities with the Council on Occupational Education between 1991 and 2005. Throughout his tenure at Galen, Mr. Dwyer has shown strong leadership in enrollment, recruiting practices, financial reporting, operations, personnel, compliance, and financial aid. Mr. Dwyer has over 30 years of senior operational leadership experience. For five years, he held the position of VP of Finance for a private school in Dallas. In that role he oversaw the financial aid, human resources and accounting departments as well as the registrar’s office. Prior to that, he also served as an accounting coordinator for a large educational system that owned 30 institutions across the nation. Mr. Dwyer was responsible for training personnel in various states. He holds a Bachelor of Science degree in Accounting from the University of Kentucky.