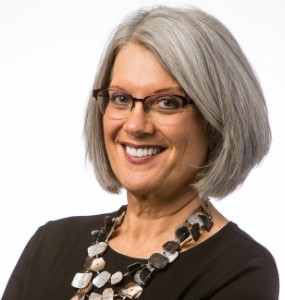 Dr. Ortelli joined Galen in 2008 and served as the College’s first Vice President for Academic Affairs (2008–2014). While in this role, her work included providing leadership for the development, implementation, and evaluation of the College’s nursing programs, establishing a common curriculum and college-wide committee structure, and creating a faculty rank and promotion system. More recently, Dr. Ortelli lead the faculty in the development of a prelicensure BSN program. Prior to joining Galen, Dr. Ortelli worked for the National League for Nursing, where she assumed primary responsibility for the creation of the Certified Nurse Educator (CNE) credential. She has presented at regional and national conferences, is published in peer-reviewed journals and nursing education texts, and served as a co-author of the seminal work, The Scope of Practice for Academic Nurse Educators (NLN, 2005). Dr. Ortelli obtained a PhD in Nursing from Nova Southeastern University, a Master’s of Science (MS) Degree in Nursing from Columbia University, and a Bachelor of Science in Nursing Degree from The Ohio State University. She is currently an executive member of the New Jersey League for Nursing Board of Directors, has served as a Commissioner for the NLN Academic Nurse Educator Certification Program (2010 – 2015), is a member of Sigma Theta Tau International Honor Society in Nursing, and was inducted into the Academy of Nurse Educator Fellows in 2012.
Galen College of Nursing (Galen) is accredited by the Southern Association of Colleges and Schools Commission on Colleges to award associate, baccalaureate, and master’s degrees. Questions about the accreditation of Galen may be directed in writing to the Southern Association of Colleges and Schools Commission on Colleges at 1866 Southern Lane, Decatur, GA 30033-4097, by calling (404) 679-4500, or by using information available on SACSCOC’s website (www.sacscoc.org). Galen consists of a Main Campus located in Kentucky and off-campus instructional sites in Florida, Ohio, Tennessee, and Texas. Branch campus accreditation is dependent upon the continued accreditation of the Main Campus. For complete information on the accreditation of Galen’s programs, please click here.