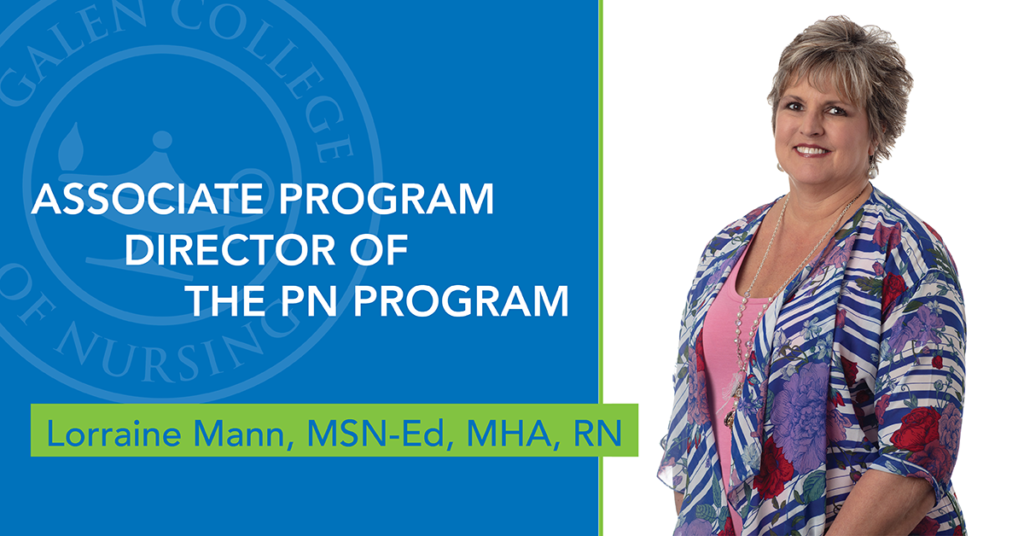 Lorraine Mann, MSN-Ed, MHA, RN, didn’t take a traditional route toward a career in nursing.  In fact, she spent several years in banking. But, instead of remaining behind a desk, the Massachusetts native’s ultimate goal was to make a difference in the lives of patients.  After a decade, Mann began working in healthcare as a dialysis technician. Three years later, she enrolled in a Licensed Practical Nursing (LPN) program.

Once Mann completed her LPN program, she was promoted to a charge nurse at the dialysis center.  She eventually moved from dialysis to a physician’s office and enrolled in an Associate Degree in Nursing (ADN) program.  As part of the program, students are required to go on hospital rotations, and Mann had to make a choice between two unfamiliar departments: Intensive Care Unit (ICU) or the Emergency Room (ER). Mann had her fingers crossed to work in the ICU, but instead, the choice was made for her.

“I didn’t get my bid in fast enough for the ICU, so I was left with the ER,” she said. “I always said I never, ever wanted to work in the ER because it seemed so overwhelming.”

But she was pleasantly surprised to see a different side of nursing in the ER that was both “challenging and exciting.” For 12 weeks, Mann found that she enjoyed treating patients in the ER during her final semester.

“I fell in love with the ER. The patients would be acutely ill, but as a nurse, I was able to make a difference. We were able to fix them and send them on their way. Then, we could do that for the next patient,” she recalled. “The very thing I never wanted to do, I decided that I really wanted to do.”

Mann was told she would never get hired to work in the ER immediately after graduating from nursing school. But, fortunately, she did. It was only six months later that she became a charge nurse. “It was pretty quick because they said that I adapted relatively fast as an independent learner,” she said.

Years later, she moved to another ER facility and became a manager. There she met a Galen instructor who encouraged her to consider teaching. A few months later, she was eager to share her experience with Galen students as an adjunct clinical instructor.

“I absolutely loved it and I knew that it was just a matter of time before I joined full time because, again, it was one of those things where I loved making a difference,” she said. “I love telling my story to students, and I enjoy showing students what I’ve learned over the years.”

Now that she is the associate program director of the PN program, Mann advises PN students to ensure they have a support system in place to stay motivated and attend all of their classes and clinicals.  She is thrilled to educate both new nurses and students because, “When they’re new, they’re very scared.” However, she is determined to help them build confidence, so they can believe, “I can do this.”

As new students enter Galen’s PN program, Mann encourages them to “focus on your courses to be successful,” she said.  “It will be a challenging and rewarding experience.”