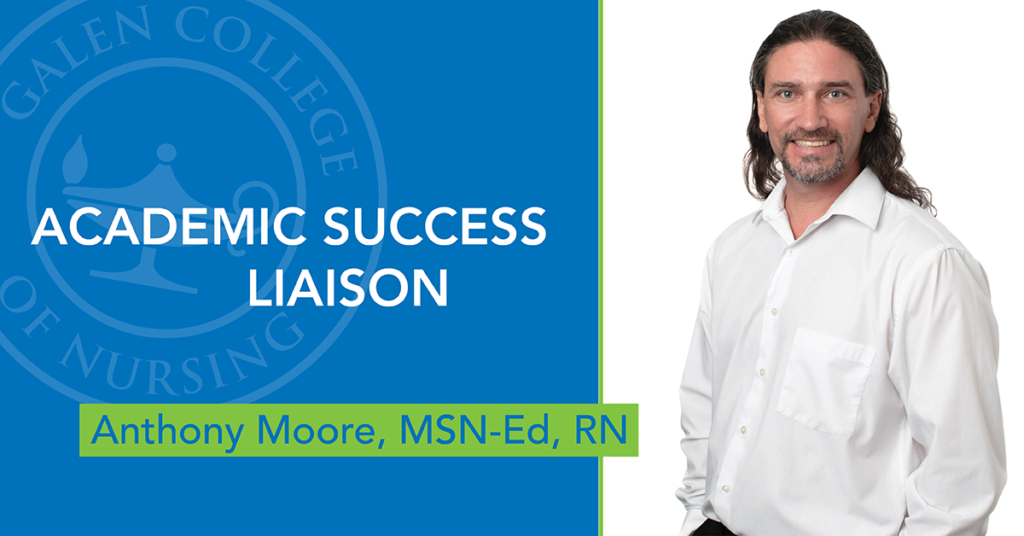 Anthony Moore, MSN-Ed, RN, sought careers he believed would help people. He has been a U.S. Army soldier, a police dispatcher, and a telephone cable splicer. But it wasn’t until he began teaching biology at a nonprofit museum that he realized he was getting closer to his passion for improving people’s lives. Moore decided he wanted to do even more.

“I became a nurse so that I can teach nursing,” the North Carolina native said.  “When I visited Galen, I asked faculty what it was like to teach there because I wanted to attend and teach at the same school. Galen has the best combination of faculty dedication and quality of life for its employees. Both were important to me.”

Moore accomplished both of his goals at the Tampa Bay campus; he completed the Practical/Vocational Nursing program (PN) in 2011 and eventually became an academic success liaison and professor.

“I like to describe myself as a study coach,” he said. “We have a team of five people in Tampa, and we each offer a different presentation of content because not everybody gets information the same way. I literally teach people how to take notes and study.”

Moore advises his students to use different techniques on how to use their time wisely for their studies.

“I usually recommend that they record the 10 things they need to memorize. While they are driving to school, they can listen to it over and over again,” he said. “Time management is important when you’re in nursing school, so I try to get them in that habit early in their program.”

As an academic success liaison, Moore advises students to critically assess themselves and ask questions about their strengths and weaknesses. “Let’s stop working on things you already know and instead let’s work on things you need to work on,” he said.

Not only does Moore coach students, but he also teaches mental health and fundamental courses. As a Galen alum, teacher, and academic success liaison, he brings a unique perspective to students in the PN program. While he was a student, Moore was inspired by former Galen professor Dr. Felix Greco. Now, he models his teaching style after him.

“Before Dr. Greco said anything, he would clap his hands really loud and say, ‘Good morning!’ It was like a breath of fresh air instead of someone just coming in and showing us a PowerPoint,” he said. “He had such energy in the way he approached teaching.”

Moore is determined to return that same type of enthusiasm to his students. He often advises PN students to have an open mind and explore various career opportunities.

“As an LPN, you can work at home health, private duty, become a traveling nurse and visit foreign countries, work in doctor’s offices and rehab,” he said.

He also mentioned that government facilities such as elementary schools, Veterans Affairs Administration, and prison systems all provide job security for LPNs.

Galen’s PN students are well-equipped for a variety of careers thanks to the faculty’s unending support, Moore said. “I have never been anywhere where the faculty cared more about the students succeeding and I can speak from both sides of the coin,” he said. 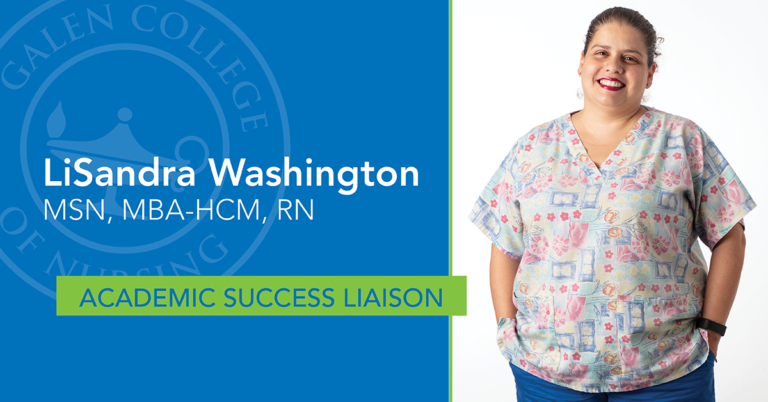 LiSandra Washington, MSN, MBA-HCM, RN, has always desired a career in healthcare. A native of Newark, New Jersey, Washington moved to Florida with her mother 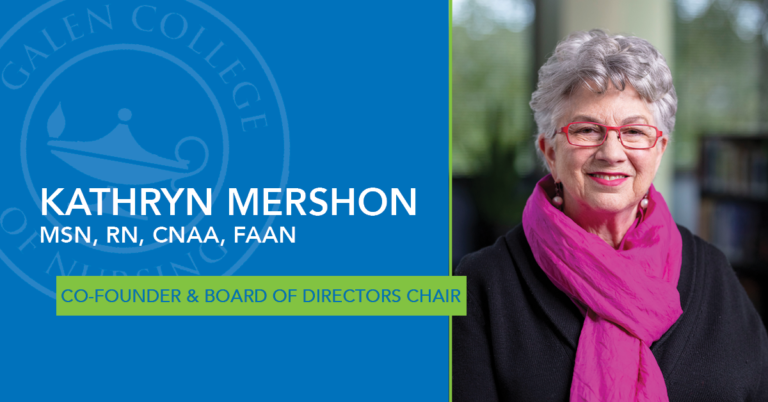 As a final nod to our 30th anniversary, we interviewed Co-Founder Kathryn Mershon to learn more fascinating details about how she and Humana Co-Founders David 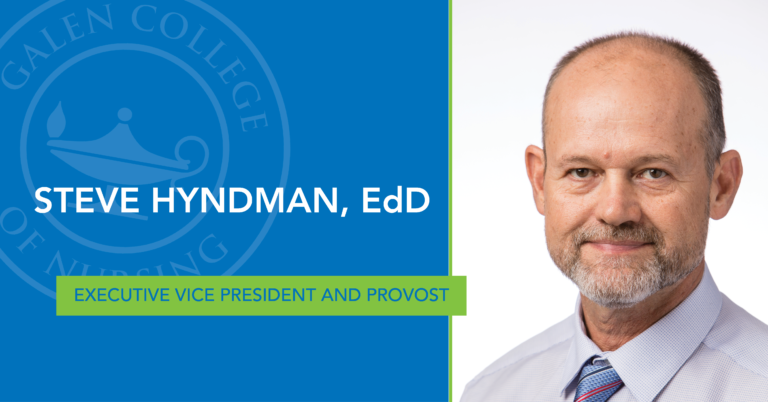 Preparing to ride a bike across the country is a feat that requires training and hard work. Galen College of Nursing Executive Vice President and