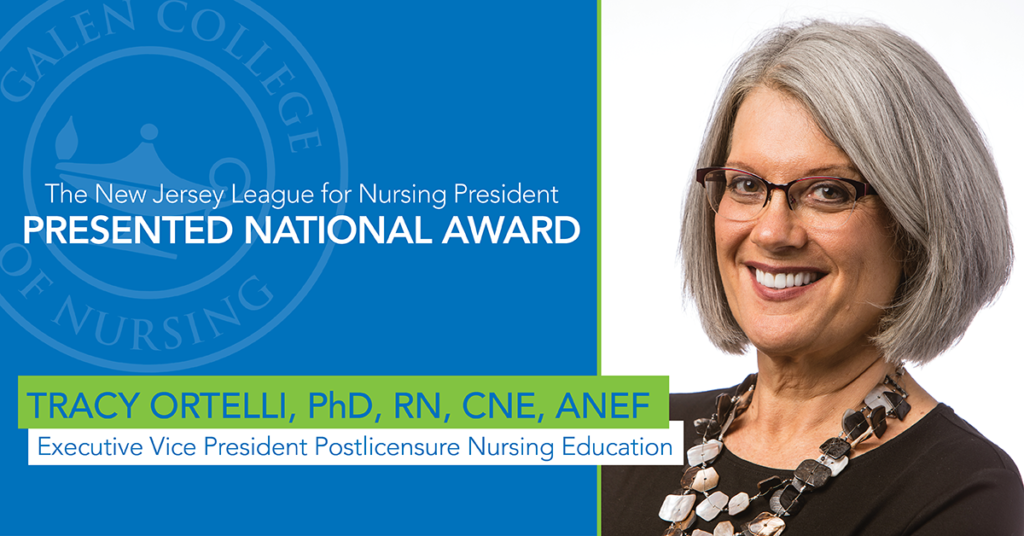 “New Jersey has really been hit hard by COVID-19, so to get this recognition now is especially meaningful,” says Dr. Ortelli.

In addition to offering excellent programming opportunities to its members, the NJLN has expanded its grants and scholarships program to include 26 nursing students at all levels of educational progression. Each of those students is eligible to receive awards from $250 to $1,000, with one advanced degree candidate who pledges to remain in the state’s nursing workforce eligible for a $10,000 scholarship award.

“The NJLN has been focused on awarding scholarships to nursing students so they can continue their education. We’re very proud of our ability to help our members in this way,” says Dr. Ortelli.

The award was presented at the recent NLN annual Education Summit, which was held virtually for the first time this year. Galen College of Nursing is a proud sponsor of the NLN Education Summit.

“Today, more than ever, the National League for Nursing has depended on state, regional and local leadership to support nurses and nurse educators on the frontlines of health care. While we face the challenges of a pandemic, along with demonstrable health care disparities reflecting the social determinants of health, innovative programming and other initiatives to support students and faculty are truly needed,” says NLN President Patricia S. Yoder-Wise, RN, EdD, NEA-BC, ANEF, FAONL, FAAN, Professor and Dean Emerita at Texas Tech University Health Sciences Center and president of The Wise Group. “The New Jersey League for Nursing has been a role model in this regard, helping to spread the National League for Nursing’s message of sustained, inclusive, culturally sensitive educational excellence in the preparation of the next generation of nurses to deliver outstanding patient care, advancing, in particular, the health all New Jersey residents.”

The NJLN supports and implements the mission of the NLN to promote excellence in nursing education to build a strong and diverse nursing workforce to advance the nation’s health at the constituent level. The NJLN is a premier nursing Organization in the State, with more than 105 Years of promoting the positive image of nursing.

Fisk University And Galen Create A New Pathway To Nursing

Fisk University and Galen College of Nursing have announced an articulation agreement to create a new pathway in nursing for Fisk students. Filling an unmet 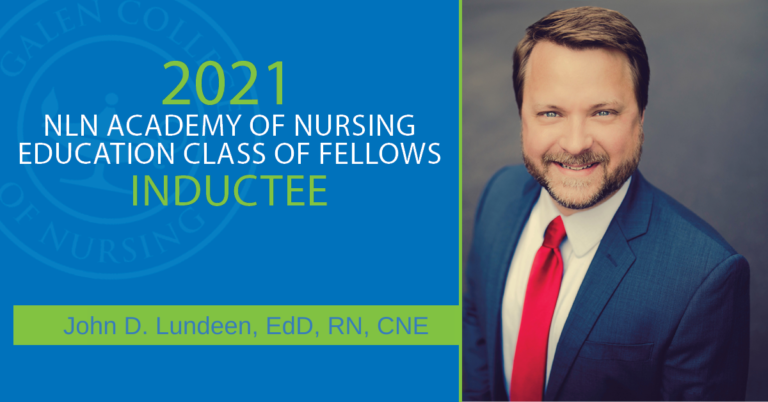 Galen College of Nursing is pleased to announce John D. Lundeen, EdD, RN, CNE, has been selected for the fifteenth class of fellows to be 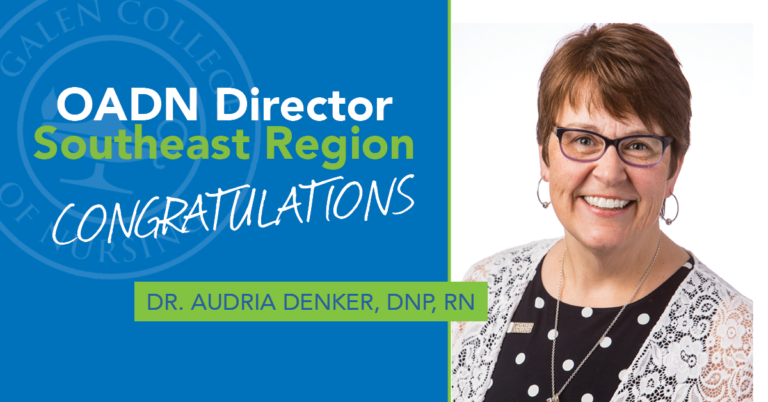 Dr. Audria Denker Elected to OADN Board of Directors

Please join us in congratulating Dr. Audria Denker, DNP, RN  for her election as Director Southeast Region by the Organization of Associate Degree Nursing (OADN)