‘Opening the Tampa Bay Campus Is One of My Greatest Accomplishments’ 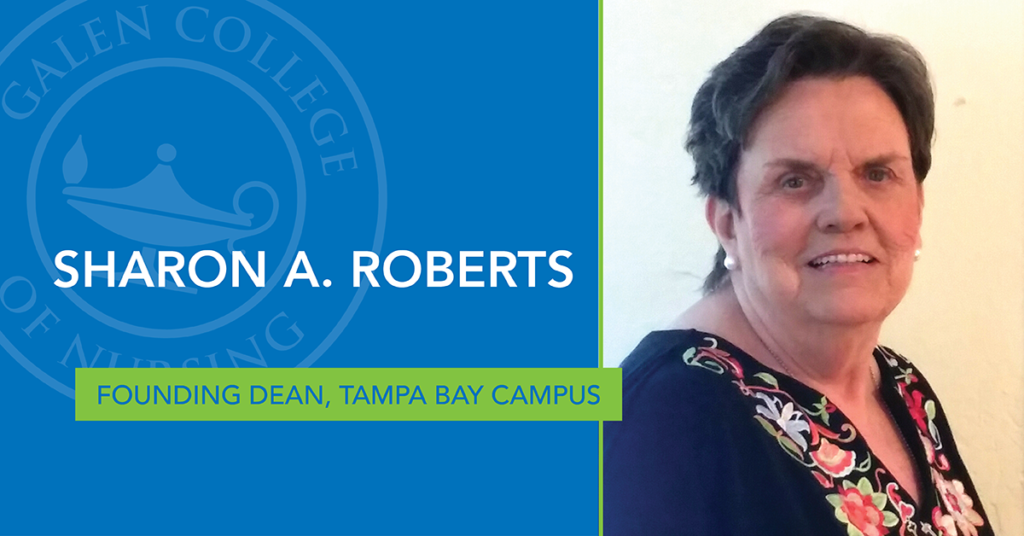 When Humana’s Senior Vice President of Nursing Kathy Mershon wanted to start a nursing college in the Tampa Bay area in 1989, she called on Sharon A. Roberts to lead the charge.  More than 50 years after beginning a nursing career that has taken her around the world, Roberts remembers where the initial spark was ignited.

From an early age, Roberts wanted to become a nurse.

“I just wanted to help people and take care of them,” Roberts said.  “My grandfather’s death inspired my goal to become a nurse, and I was in sixth grade at the time.  I never changed my mind.”

That drive led her to enlist in the Army Nurse Corps, and in 1968, she passed her board exams and was commissioned as a second lieutenant. A few months later, on Christmas Day, she received her first assignment: Vietnam.  “I wasn’t even out of nursing school a full year, and I learned so much,” Roberts said. “If you didn’t appreciate the sanctity of life before, you sure learned it over there.”

Roberts spent a year in Vietnam and Germany for two years, where she was the head nurse of a surgical nursing unit. In April 1972, she was discharged from the Army and continued on her nursing education journey to Nurse Practitioner.

While working in St. Petersburg some years later, Roberts received a phone call from Mershon, whom she had met in the mid-1980s and had an ambitious assignment in mind:  open a nursing college in Tampa Bay. Roberts became the founding dean of the Tampa Bay campus.

What was then the Humana Health Institutes Tampa Bay eventually moved into a 6,500-square-foot building. Over the years, the Tampa Bay campus has expanded into a state-of-the-art facility with over 90,000 square feet.

“It was just exciting to be doing something new because there were no private schools for nursing in the area, ” Roberts said.  “It was also fun writing the curriculum, and it was a big learning experience for me.”

Roberts said her most significant contribution to the Tampa Bay campus was launching the simulation labs in 2005. She wanted interactive clinical environments where students could get a glimpse of what it was like to work in a hospital with patients.

The campus started with two simulation labs, “and now they’ve got a simulation hospital. That’s what we were moving toward. Galen’s leadership is really on top of all the available educational technologies,” she added.

“From a professional and personal standpoint, I’m proud of many things I have done, but the two that I am most proud of are my service in the Army Nurse Corps and opening the Galen Tampa Bay campus,” she said.

Roberts also shared advice to students who are interested in enrolling in one of Galen’s nursing programs.