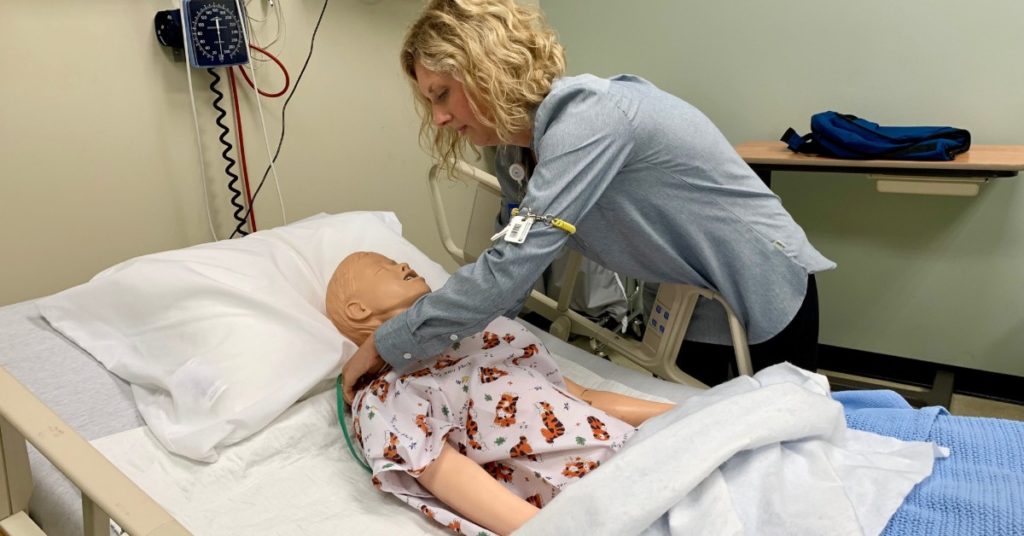 They blink. They breathe. They have seizures. And they even give birth. These are not humans, but rather, they are the interactive mannequins in the Kathryn M. Mershon Advanced Simulation Center at Louisville’s Galen College of Nursing campus. The labs help future nurses practice their clinical judgment and communication skills they will eventually apply to real patients, said Simulation Coordinator Brooke Vaughn.

Galen students work with a variety of mannequins in the simulation center, she said.

“Our adult mannequins are high-fidelity mannequins, which means they’re the most realistic,” Vaughn said. “They have body sounds like lung sounds and heart sounds that you can listen to on both sides of their body. We also have a mannequin affectionately called “Sim Mom” that simulates the birthing process.”

The center also includes “mid-fidelity” pediatric mannequins. “You can still listen to breathing sounds and heart sounds, but unlike the high-fidelity mannequins, the chest doesn’t move,” she said.

As students spend time in simulation, Vaughn and Simulation Faculty Carrie Martin present students with scenarios they might have to face while caring for patients in a hospital.

“We’ve made everything as realistic as possible, but it’s still up to our students to buy-in that it’s real. We encourage them to talk to the mannequin or simulator as if it were a real patient,” Vaughn said. “For example, if they have to administer medication and it takes two minutes for it to work, they’re going to have to stay with that patient for two minutes while it’s not working.”

In addition to these lifelike mechanical patients, the scenarios also include clinical elements such as running IV fluids and monitors with working alarms.

“Sometimes, we visually do things like simulate bodily fluids such as urine or blood,” Vaughn said. “The more real that we can make the environment, the more it helps the student. Usually, after a couple of minutes, they fall right into their role and treat it as a real clinical environment.”

About eight to 10 students and one facilitator are allowed per simulation room.  A scenario usually lasts from 15 to 20 minutes to avoid overwhelming the students. Afterward, Vaughn and Martin debrief students for about 40 minutes. “This is where all of the pieces come together and promote learning for the observers as well allowing students to learn from each other,” Vaughn said.

Vaughn added: “When we think about what we’re going to incorporate into a simulation, from a curriculum standpoint, we take several things into consideration. We look at clinical practice, theory content, testing data, and what’s going on in healthcare. We try to simulate an experience that students will see in the real world.”

Martin, who graduated from Galen in 2016, knows firsthand how students feel when they begin studying procedures in simulation. She completed the PN, LPN to ADN Bridge and Online RN to BSN programs. As an alumna, Martin said she recognizes that scenarios might be a little intimidating to students at first.

“I can understand their anxiety coming into the simulation, so I try to put them at ease,” she said.  “I love watching the moment their light bulbs go on once they understand what they have learned in theory, lab, and clinical, preparing them for the real world.”

Martin, who also works as a nurse at Norton Healthcare, said the scenarios are similar cases that she sees at the hospital. However, the most invaluable lesson the students learn is teamwork.

“Students will find that it’s OK to ask questions and that they’re not alone,” she said. “Nursing is a community, and we all want the same thing, which is what is best for the community we serve.” 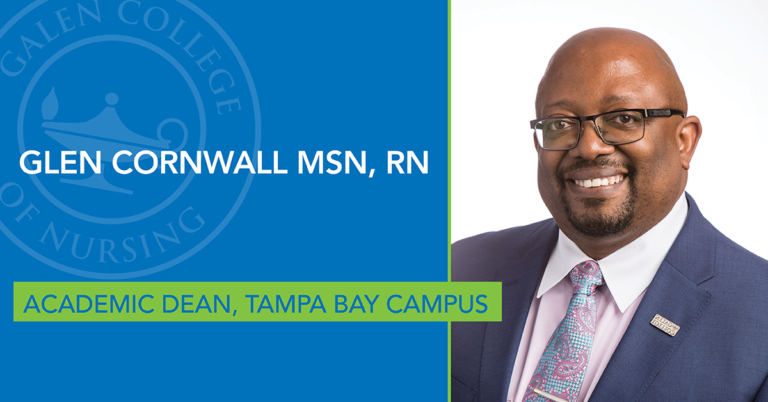 We are pleased to announce that Glen Cornwall, MSN, RN has been named Dean of Galen College of Nursing’s Tampa Bay campus, effective July 6, 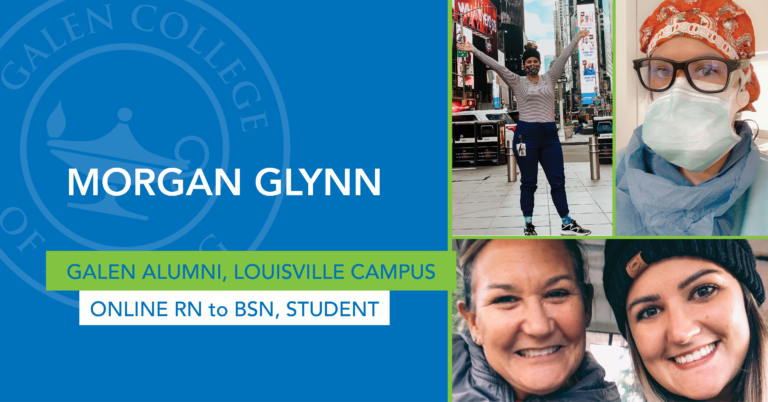 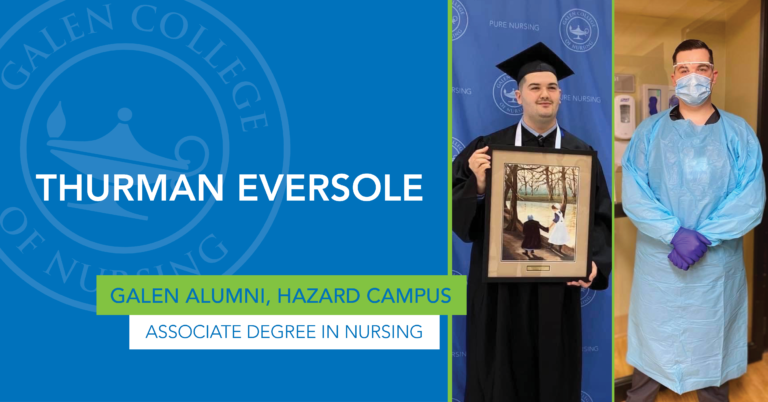