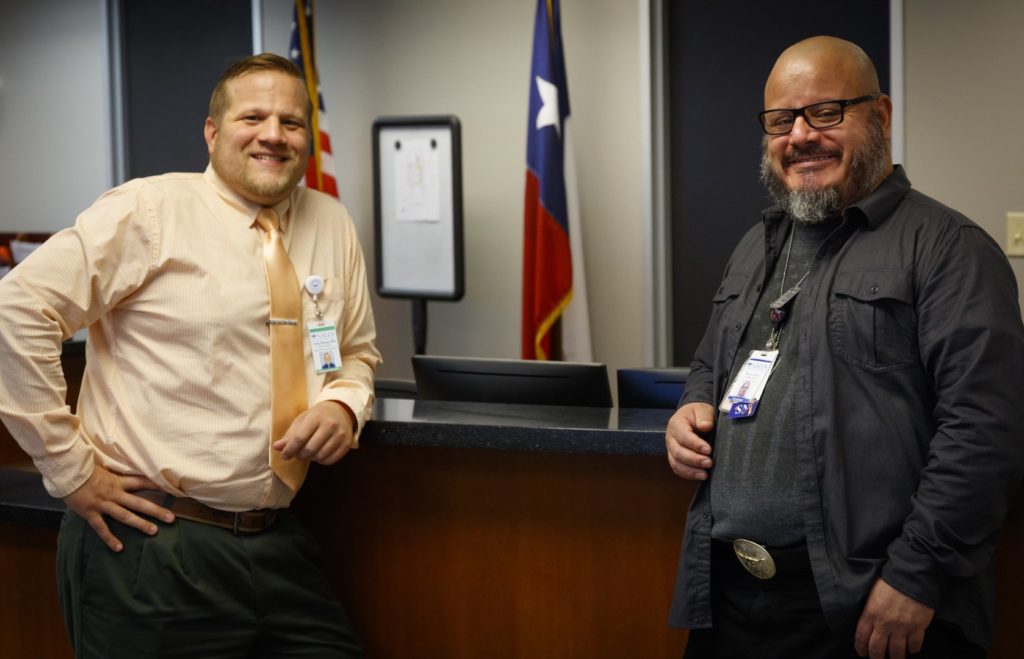 After dedicating nearly nine years to military service, Mauricio Alvarez found support, camaraderie, and a great civilian career path at Galen College of Nursing. He talked with us recently about his journey.

“When I was a young boy in Mexico, I always wanted to join the Army, but my father didn’t let me do it. He preferred for me to go to school, so that is what I did. I earned an accounting technician diploma and went to work in a mine as a payroll clerk. Two years later, I emigrated to the United States. After four years of working odd jobs from dishwasher to roofing and construction, I longed for life as a soldier. So I talked to an Army Recruiter.”

The recruiter told Mauricio to earn his GED and become more proficient in English. So he attended San Antonio College, studying English as a second language and taking GED classes. In November 2007, he earned his GED.

“I found out from the second Army Recruiter I talked with that I didn’t need my GED since I already had my high school equivalent from my home country. But after all the processing, tests and immunizations, on January 7, 2007, I was shipped out for basic training. I served for 8 years, 9 months, 23 days and a few hours as a U.S. Army Soldier.”

Mauricio’s military experience was excellent preparation for a career in nursing.

“My first duty station was at Fort Hood, Texas, as a 92A Automated Logistical Supply Specialist. For the next four years, I trained as a combat lifesaver and was part of QRF [Quick Reaction Force]. I liked being part of the medical personnel taking care of soldiers. When my re-enlistment was up, I was offered a change of MOS [Military Occupational Specialty] and was qualified for 91B Combat Medic. I was stationed at Fort Sam Houston for AIT [Advanced Initial Training]. I graduated as a Combat Medic and Emergency Medical Technician. I spent the last five years as a combat medic.

“After my military service ended, and to fulfill my mother’s wishes for me to become a civilian again, I worked at Brooke Army Medical Hospital in San Antonio. I liked taking care of people and felt the satisfaction of making somebody else’s life better by fulfilling their medical needs. I started in a nursing school in Austin, but when my mother passed away, I returned to Mexico for her burial, and spent about six months there. I lost that chance to become a nurse.”

“My skills and experiences as a soldier and combat medic will impact my nursing career by forging the discipline to follow nursing policies and protocols by the book, and by developing a strong desire to find and/or perfect new ways to provide medical care, leadership and management.”

“The clinical training veterans receive and experiences they acquire while serving as combat medics permit us to perform an extensive range of services. For example, we get experience in primary care by working at the troop clinic, experience in emergency and urgent care by having worked at the ER, troop clinic, and field clinic, plus quarterly disaster relief training while in service and public health. As combat medic veterans, we have gone through rigorous training exercises and work evaluation that follows performance measurement based on competency. Many combat medics earn the Expert Field Medical Badge in time of peace and Combat Medical Badge in time of war.”

Here’s what Mauricio said when asked why he chose Galen over other nursing schools.

“I was advised by my VA counselor that Galen had no waiting list like community colleges and universities did. Galen starts classes four times a year, so you can start just about anytime you’re ready. And if you’re just getting out of the military, there’s a time you can start shortly after your dismissal.”

Mauricio credits Galen College of Nursing with helping him transition from military service to a civilian career track. We have no doubt that he has a rewarding future in nursing.

“Galen College of Nursing has helped me personally to become part of something bigger than myself and to have structure, purpose and the will to achieve my goals to become a Registered Nurse and beyond.”

“While in the service, we veterans were part of something bigger than ourselves. It is understandable that when we get out of the service and into the civilian world, some of us feel lost and don’t know what to do next. Galen College of Nursing has helped me personally to become part of something bigger than myself and to have structure, purpose and the will to achieve my goals to become a Registered Nurse and beyond.

“Galen instructors and staff are very helpful. I felt very welcome in this college. I graduated in October 2016 in Vocational Nursing (VN). I know that I will succeed and earn my Associate Degree in Nursing next year. As a nurse, I plan to work for the Veterans Administration Hospital, Brooke Army Medical Hospital, or other major hospital in the city.”

Galen College of Nursing could be the right choice for you, too.